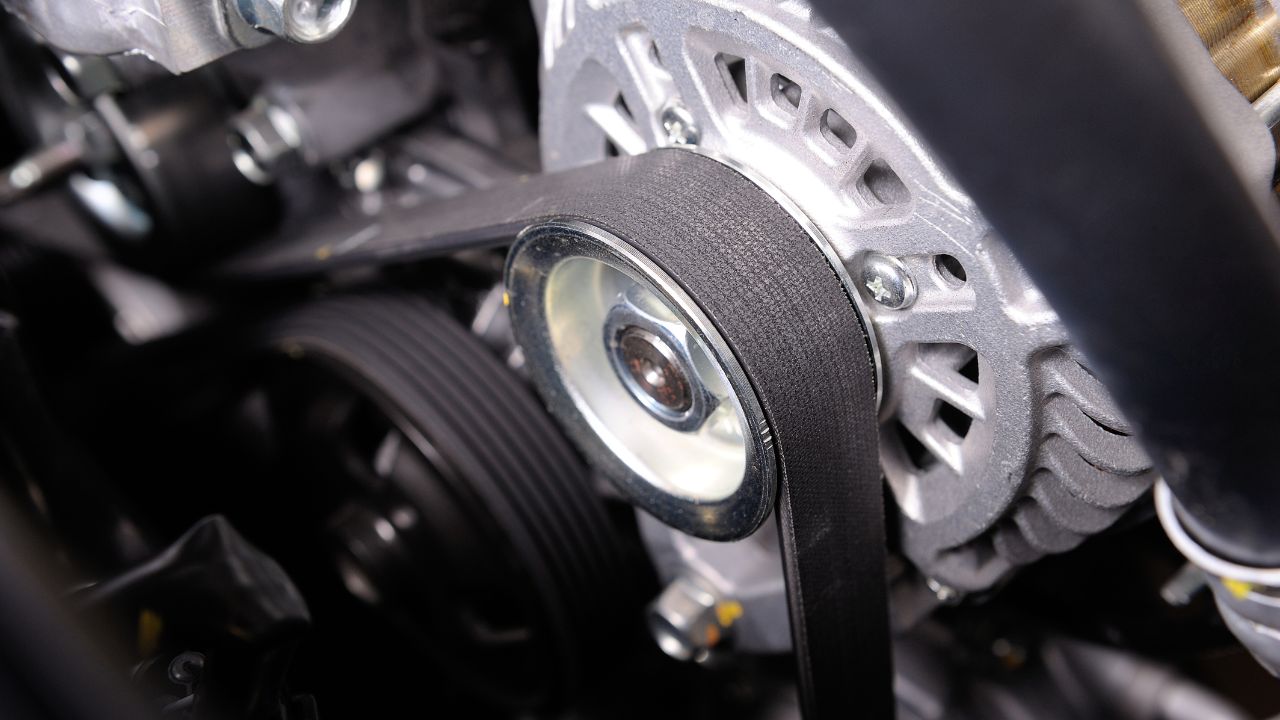 The timing belt is a rubber belt with strong teeth which interlocks the cogwheels on the crankshaft and the camshafts so that the motor can keep up to peak performance. It keeps the movement of the crankshaft and camshafts in sync with one another. This ensures that the intake and exhaust valves of the engine open and close at the same time as the pistons do.

It is impossible for the vehicle to run correctly if the crankshaft and camshafts are not operating in concert. So if your car’s timing belt isn’t working correctly, and you need a timing belt service in Dundalk, McCann Motors can help you with that in a single call.

If the engine components are out of sync to a significant degree, they may collide and cause damage to one another, resulting in expensive repairs. So you always need to keep your timing belt under observation and repair if required.

According to your vehicle’s model, you may have a timing chain instead of a timing belt in your engine. A timing chain performs the same functions as a belt, but it is made of metal rather than rubber. Timing belts gained popularity after being introduced in the 1960s due to the fact that they are lighter and quieter than conventional belts.

Because of advancements in design and long service life, timing chains have replaced timing belts in many modern automobiles. If your car is outfitted with a timing chain rather than a timing belt, you may be able to drive for a more extended period of time before replacing the timing chain. Please refer to your owner’s manual or give us a call to double-check before proceeding.

When is it necessary to replace the timing belt?

It is critical to replace your timing belt at the recommended mileage intervals specified by your vehicle’s manufacturer. The gap between replacements varies depending on the manufacturer, but it is 60,000–100,000 miles on average. The recommended maintenance interval for your specific vehicle can be found in the owner’s manual for your car.

It will eventually break due to the fact that the timing belt is made of rubber and will wear down over time. When it fails, the engine will either stop running entirely, or the components will become out of sync, causing the machine to malfunction and die.

You may experience total engine failure if you do not replace the timing belt at the recommended interval. You may also experience broken or bent valves, cylinder head or camshaft damage, as well as piston and cylinder wall damage.

This is not the type of situation in which it is prudent to follow the maxim, “If it ain’t broke, don’t fix it.” Replace the timing belt according to the manufacturer’s recommended maintenance schedule to avoid spending thousands of dollars on repairs or replacing your engine.

But don’t always go for DIY when you can call the professionals. We at McCann Motors are highly experienced with all these services. If you live near Dundalk and need a timing belt service, give McCann Motors a call.